A downloadable game for Windows

Wizard's Dice is a single player game where you must roll dice to achieve victory.

Choose three mages and four classes at the start of the game and take them into combat! Each mage's element gives them special skills that will aid them in combat.

When combat starts, you will see the dice automatically roll.  Each die will fight, damaging one another until a victor is chosen.  Whoever wins the round will damage the other player with magic! The damage is determined by the amount of remaining dice as well as any damage boost from elemental affinity.

The Game was created in Unreal Engine for GMTK Jam for 2022 with Ian O and Andrew Clifft as co-designers and developers. Andrew focused more on the overall UI while Ian focused on the programming side.

Fun little game! The changing battlefields are a nice little touch. Being able to create your own little wizard team is also really charming!

It took me way too long to understand what was going on. Sure, there were three dices on each side and I assumed they battled against each other but it took me a whole playthrough until I understood that a dice number like 5 can become a 2 once it defeated a 3. I just didn't expect that from a dice game.

But the overall concept of the game is really charming. :) Having different abilities is really neat even though I wasn't able to follow most of the action because of my sheer confusion at first~

If the development of this game ever continues I would love to see some more concepts for the dice-rolling cooperating with the wizard abilities! Those two mechanics feel a bit separated at the moment. :O 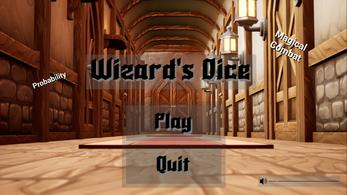 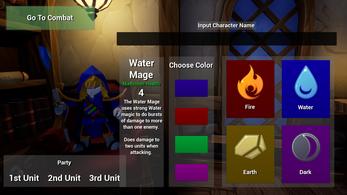 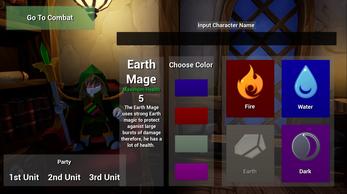 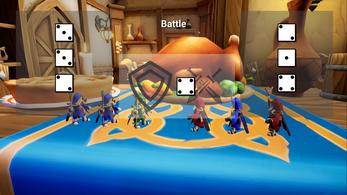 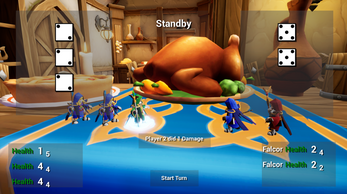 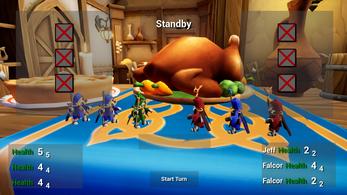